If you desire to contact Poster Plakat, please email: info@posterplakat.com. If you are interested in exhibiting posters from the Collection, email the name of your organization, a contact person and phone number, and provide a general description of the exhibit you are considering. With over 1,000 posters, we have ability to handle a large variety of exhibits related to the Soviet Union and its satellite nations.

On Posterplakat.com, transliteration of Russian Cyrillic into the English language mostly follows the U.S. Library of Congress standard. However, there are instances when the standard does not conform to familiar transliterations repeatedly seen in public sources.

The Russian alphabet was altered in 1917-18 when Soviet authorities removed four letters: i (Decimal i), ѳ (Fita), ѣ (Yat) and ѵ (Izhitsa). These letters appear rarely, if at all, in posters of the Soviet era. One exception is the hard sign "ъ" (Tverdyi znak) used at the end of a word when it followed a non-palatal consonant. While the hard sign often had no effect on pronunciation it was removed but then re-admitted in the 1920s.

While orthographic reform may appear outwardly political (although talk of reform preceded Soviet rule) there was an element of practicality in reforming the alphabet as it applied to economics. Time and labor was spent on proofreading and so the removal of some characters reduced paper cost. A savings of up to 6 percent was estimated by Soviet-era printers using the new reform verses the old orthography. Thus, paper shortage situations, common in early Soviet Russia, benefited from a reduction in page output.

The majority of posters in the collection have been translated into English. Where 'translation pending' is seen, this indicates the poster has yet to be translated or a full translation has yet to be completed. The site visitor may occasionally see the term 'partial translation only' on posters where text was atypically long. Poster Plakat.com thanks following people who provided English language translations for this website: Maria Cantarin, MA; Aaron T. Hale-Dorrell, PhD; Yevgeny Fedotkin, PhD; Mart Jalakas, MD; Masha Kowell, PhD; Susan Pezzino, MA. 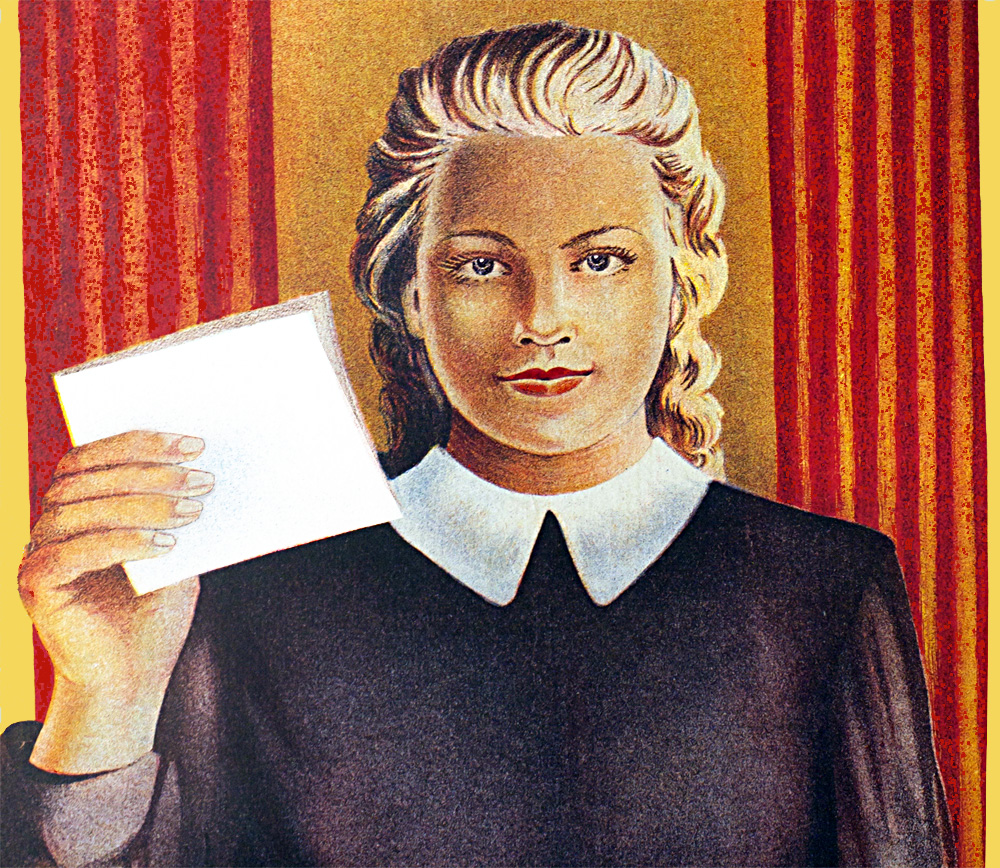