In the USSR from the early 1920s onward, censorship of the media was carried out by the agency Glavlit, (Glavnoe upravlenie po delam literatury i izdatel'stv Narodnogo komisariata prosvesshcheniia RSFSR ), the Main Administration for Literature and Publishing of the People's Commissariat for Education RSFSR (Russian Soviet Federated Socialist Republic). Founded in 1922, Glavlit held ultimate editorial power over all printed materials in addition to overseeing public speaking and the performing arts via a counterpart agency, Glavreperkom. Supervision was placed under Bolshevik Party leadership.

While Glavlit's main office was in Moscow there were subordinate offices of Glavlit in the USSR's republics, provinces, districts and in all major cities. Party committees oversaw the ancillary offices. Glavlit censorship boards were assigned to newspaper and publishing houses and they could stop publication of printed material that revealed state secrets or contained "politically harmful" information. While the term censorship was not applied to the agency's responsibility, the task undertaken by Glavlit was referred to as kontrol. Control was applied to pre-publication, post-publication and retroactively to works published in the past deemed politically harmful on account of their being in circulation.

In 1931, Glavlit authorities tightened censorial authority due to State consolidation of all publishing and printing in the USSR. By 1939, Glavlit's reported organizational structure consisted of 6,027 employees working to control 7,194 newspapers, 1,762 periodicals, 41,000 books, 92 radio stations, 70,000 libraries, 4,681 printing presses and over two million wrappers of foreign literature. A report from 1940 stated there were 5,000 censors working throughout the Russian Republic alone. Ironically, number of censors outnumbered the amount of professional writers working in the Soviet Union.

By the mid-1940s, there were seven divisions of Glavlit and each division corresponded to various sectors within the agency. The first division oversaw control of military and state secrets and was staffed by personnel of the armed forces, the second division controlled foreign literature coming into the USSR, the third division directed the information (incoming and outgoing) of foreign correspondents, the fourth division oversaw preliminary control of books and magazines produced by the central publishers of the USSR, the fifth division controlled published works printed outside the central publishers and it also had authority to administer local control in the autonomous republics. The sixth division oversaw preliminary control of major newspapers and broadcasting materials for TASS (the telegraph agency) and the Soviet Information Bureau. The seventh division managed withdrawal of literature and it exerted control over Soviet literature produced for export. The division also oversaw printing enterprises and implemented the "Rules of production and publication of the works of the press". In addition, Glavlit had a personnel department to manage its large staff of employees who occupied positions in Soviet publishing houses and news offices throughout the USSR. Smaller literary businesses typically did not use in-house Glavlit personnel but instead sent manuscripts to a regional office whereby corrections and deletions were appealed back through the Glavlit chain of command.

Artists commissioned to design posters for the government interacted with Glavlit on a regular basis because the agency vigorously controlled poster development from verbiage to design. Poster artists were obligated to tender their drafts to Glavlit censors for final approval before printing. For a poster to be formally approved for publishing, Glavlit assigned a letter and five-digit code on each poster indicating the agency's endorsement. This alphanumeric code also applied to books, musical scores and other printed matter. Glavrepertkom, (Glavnoe upravlenie po konroliu za repertuarom), the Main Administration for Control of Repertory used a similar code on phonograph records and films.

Censorship was also extended into the inner-workings of government. One such incident occurred in 1985 when Mikhail Gorbachev became General Secretary of the Central Committee. At the time, the OrgOtdel (the department of the Moscow Soviet controlling work related to elected representatives) expunged the term 'perestroika' from printed versions of Gorbachev's speeches. Later in the 1980s, it was the era of perestroika that loosened censorship control ushering in a wave of pop culture and some political reforms in the USSR.

En tandem with the USSR's collapse in 1991, Glavlit was dismantled. In its place was GUOT, the Main Directorate for the Protection of State Secrets in the Press and Other Media. In an ironic twist, while the post-Soviet GUOT maintained degrees of censorship in Russia it also played a role in de-censoring Glavlit's previously restricted material. 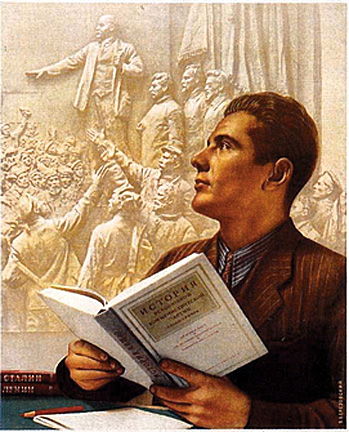 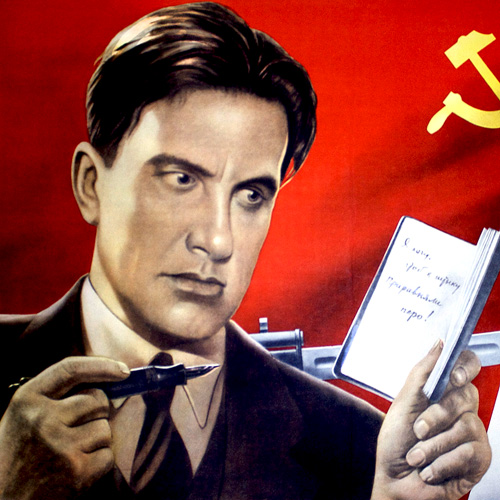 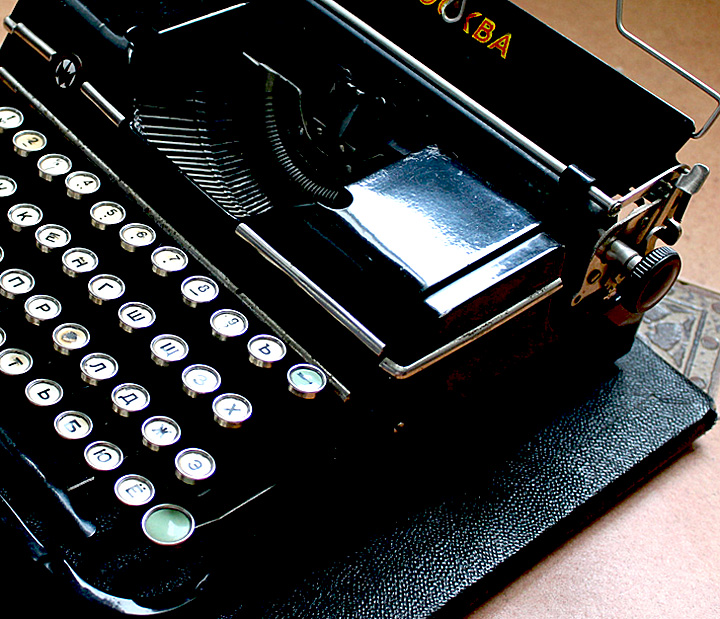