Factory apprenticeship schools were vocational schools that had existed in the Russian Empire, but in the 1920s and 1930s, the schools were re-named factory-plant apprenticeships.  By the 1940s, the name was changed to "professional institute" (PU) during the post-war period.  Reorganization of Soviet educational system in the early 1960s saw that these schools were renamed "lyceums". 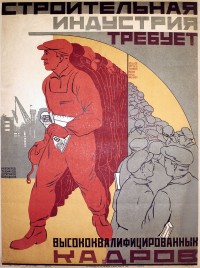