Alexandr Petrovich Apsit grew up amidst dire poverty and yet he received free instruction under the tutelage of the Saint-Petersburg painter, Lev Dmitriev-Kavkazskii.  By 1902, Apsit was noticed by the popular journals, including Rodina [Motherland], Zvezda [Star], and Niva, for which he produced sketches. He also illustrated the publications of writings by A.M. Gorkii, N.S. Leskov, and A.P. Chekhov, as well as those by D. Bedny, I.S. Nikritin, and M.E. Saltykov-Shchedrin. Through these commissions he gained a stellar reputation, becoming one of the best-paid illustrators in the city.

He began to exhibit in 1903. In 1905, he made his foray into caricature drawings, which he produced for satirical journals, such as Dukh vremeni [The Sprint of the Times] and many others. Apsit's biographers indicate that the extent of his commitment [to the revolution] was stong. Regardless of his level of partisanship, in 1918 at the beginning of the Civil War, Apsit dedicated himself exclusively to the production of political posters for the Council of People's Commissars (SovNarKom). As a result, he established himself as one of the leading artists of early Revolutionary political posters. Near the end of the Civil War around 1921, he made his way back to Riga, Latvia and settled there. In 1939, Apsit moved to Germany where he died in 1944. Details of his death remain unknown.

Although Apsit created a number of canonical political posters of the early Soviet period, his contemporary critics including Viacheslav Polonski, and latter-day Soviet critics, assailed his work. In particular, fellow graphic artist Dimitri Moor chastised Apsit's posters for their stylistic heterogeneity.  During the time of a relative liberalization under Nikita Khrushchev (1953-1964), it appears that Apsit's contribution to the development of the visual vocabulary of Soviet political posters was rehabilitated. In a seminal study of early revolutionary posters published in 1960, the author Boris Butnik-Siverskii introduced a more lenient, post-Stalinist assessment of Apsit's oeuvres, positioning him as one of the most important founders of the genre. 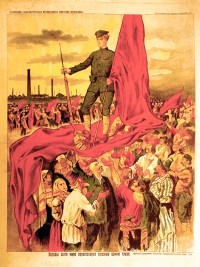 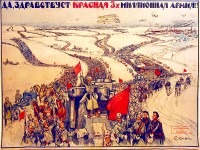 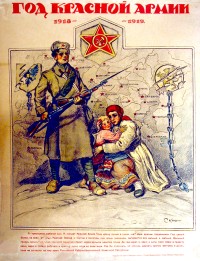 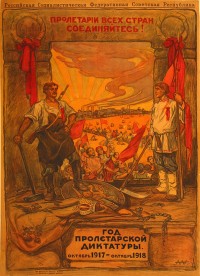 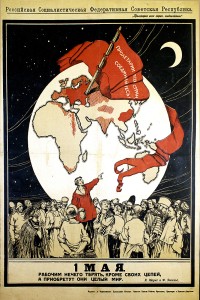 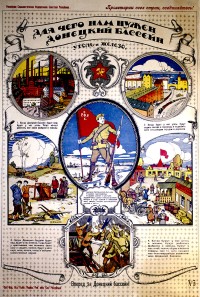 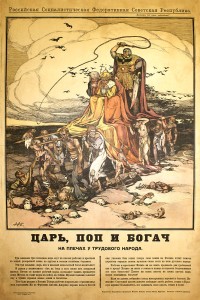 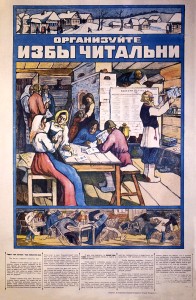 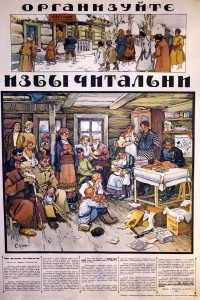 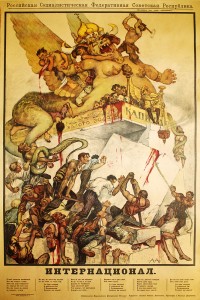 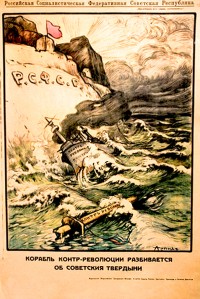