Nikolai Mikhailovich Avvakumov was a Soviet graphic artist and poster designer. He graduated from high school and also attended a FZU (factory training) school. From 1925 to 1928, Avvakumov studied at the Perm Art and Pedagogical School. In 1929, he became a member of the Sverdlovsk A.Kh.R.R. (Association of Artists of Revolutionary Russia) and afterward served as its chairman. During the 1930s, Avvakumov was the Komsomol secretary at the Magnitogorsk Iron and Steel Works. While at Magnitogorsk, he came to appreciate the atheistic qualities of the metallurgy industry and thereafter applied the theme to a number of his artistic works. In 1932, Avvakumov served as the Moscow artist-correspondent of the Komsomolskaya Pravda newspaper and held the position until the Great Patriotic War broke out in 1941. During the war, he worked as an artist-correspondent for the army newspaper "Front-line soldier" where he designed portraits of pilots and tankers and, he also designed combat leaflets and poster newspapers. Avvakumov's work during the war reflected the patriotic spirit of the soldiers and the labor front at home. From 1944 to 1945, he was a member of the Studio of Military Artists and was assigned to Bobruisk, Budapest, Bucharest, Vienna, Vilna, Minsk, Mogilev, and other cities. He was awarded the medal "For Military Merit" for his creative achievements and contribution to victory and, he was bestowed the Order of the Red Star for his participation in the Velikiye Luki offensive and for the liberation of the town of Nevel, Russia. During his time at the front, Avvakumov joined the Communist Party.

In 1949, Nikolai Avvakumov had solo exhibitions held in the Union of Artists of the USSR and in the salon of the Moscow-based, Stalin Automobile Plant (Zavod imeni Stalina) -- later the ZiL Likhachev Auto Works. In 1950, Avvakumov was the feature of a solo exhibition held at the Central Sports Club of the Army (CDSA) in Moscow. The city of Asbest, Russia built a museum dedicated to Nikolai Avvakumov and it contains materials concerning his life and artistic work. Avvkumov was member of the Union of Artists of the USSR. 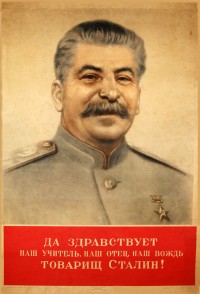