Aleksandr Pavlovich Bubnov began his career in an art school in Atkarsk, Russia during the 1920s. When the school was closed due to the Russian Civil War, he continued his studies in the private studio of his teacher, N.I. Fedorov. In 1926, he moved to Moscow and enrolled in VKhUTEIN (Higher Art and Technical Institute) and during that time he became an active member of AKhRR (Association of Artists of Revolutionary Russia).

After graduating, Bubnov moved to Novokuznetsk and worked for two years as a junior architect before returning to the graphic arts in Moscow in 1932. His early paintings focused on sociopolitical and historical themes -- he later admitted that he had little talent for or interest in depicting nature, though landscapes would eventually find their way into the body of his work. His first pieces were showcased at the 1933 exhibition celebrating the 15th anniversary of the Red Army and in the 1934 Exhibition of Young Artists in Moscow. He also contributed to the wall panel titled "Notable People of the USSR" in the Soviet Pavilion at the 1939 World's Fair in New York.

During World War II, Bubnov created leaflets and drawings for war effort propaganda. Honors bestowed upon him include the Stalin Prize in 1948, the title of Honored Worker of the Arts of RSFSR in 1955 and corresponding membership of the Artists' Union in 1954. His works have been exhibited in Philadelphia, New York and Paris and they are in museums across Russia, including the State Tret'iakov Gallery and the State Russian Museum. 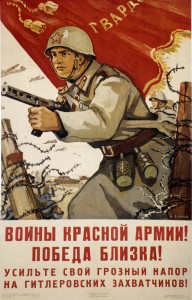