Olga Viacheslavovna Eiges began to exhibit professionally starting in 1927. From 1930 to 1934, she studied at the Moscow State Academic Art College in Memory of 1905, and from 1934–1939, she was a student at the Moscow Institute of Visual Art (a.k.a. Surikov Institute) in their Department of Posters where she studied under Aleksandr Deineka, Lev Bruni, and Vladimir Favorskii. Eiges graduated from the Institute in 1939. As a poster artist, Olga Eiges illustrated for the Institute of Health Education and for the State Circus of the USSR where she produced portraits of circus performers and sketches of the audience. She also designed advertising posters for the Foreign Trade Chamber of the USSR, for Intourist, and she designed a host of governmental/political posters. From 1941-1945, her poster designs involved themes popular during WWII. In 1941, Eiges joined the Moscow Union of Soviet Artists. In 1943, after returning to Moscow (following mandatory evacuation due to the war), Eiges worked on a monumental art brigade elaborating interiors of Moscow metro stations and administrative buildings. In the post-war years, she continued to work in the field of poster design and graphic arts. In 2014, Olga Eiges was the subject of a one-woman show at the Kovcheg (Ark) gallery in Moscow. 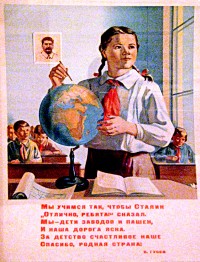