Iosif Abramovich Ganf was a graphic artist, poster designer and a commercial illustrator. He typically used the pseudonym “Iang” (Yang) from the Russian transliteration of the English word “young”. Iosif Ganf was the brother of the Soviet cartoonist Iulii Abramovich Ganf. Beginning in 1924, Iosif worked at the Moscow-based newspaper Pravda. He also held illustrator posts at the newspapers Izvestia and Rabochaia Gazeta. From 1927 to 1933, he illustrated political cartoons for the satirical magazines Krokodil and Smekhach. During the early 1930s, Ganf became a member of the Society of Revolutionary Poster Workers (ORRP). He began participating in exhibitions in 1932 including: the First All-Union Poster Exhibition ("A Poster in the Service of the Five-Year Plan") at the State Tretiakov Gallery, and "Along the Leninist Path: Ten Years Without Lenin" (1933-1934).

Iosif Ganf worked as a poster designer for the Soviet publishing houses Isskustvo [Art] and Izogiz. Aside from his long work as a poster designer, he designed the Soviet postage stamps: "In Memory of the 26 Baku Commissars" (in 1933), "The 10th Anniversary of USSR Civil Aviation” (in 1934), "The USSR Pavilion at the International Exhibition in Paris” (in 1938), and "20 Years After the Death of V. I. Lenin" (in 1944). Ganf was a member of the Union of Artists of the USSR. In 1964, he was bestowed the title People's Artist of the Russian Soviet Federative Socialist Republic. 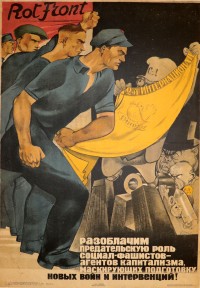 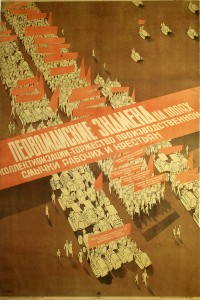 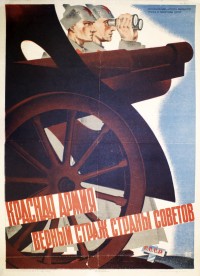 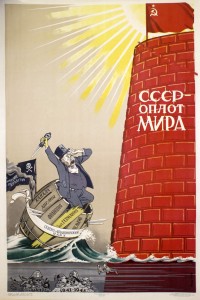