Boris Viacheslavovich Iordanskii studied at VKhUTEMAS-VKhUTEIN (Higher Art and Technical Institute) in Moscow from 1922 to 1930. He was a member of A.Kh.R. (Association of Artists of the Revolution) from 1928 to 1931 and a member of RAPKh (Association of Soviet Artists) in Moscow from 1931 to 1932. Iordanskii is known primarily for his paintings and monumental art designs but he also worked in the genre of graphic arts (i.e. posters) during his career. As an instructor of art during the early 1950s, Iordanskii taught at MIPIDI (Moscow Institute of Applied and Decorative Art). He was a member of the Moscow branch of the Union of Artists of the Russian Soviet Federative Socialist Republic. In 1947, he became a member of the Communist Party. Published works record Iordanskii's death as having occurred in 1983 and in 1987. 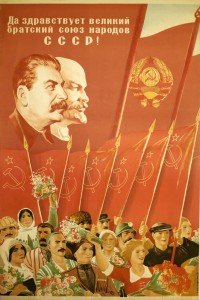 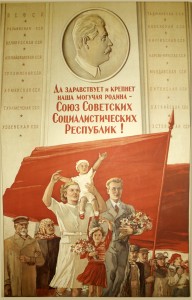