Mikhail Mikhailovich Karpenko never received any specialized artistic training during his career. While he is best known for his illustrations in children's books, he also designed political posters. Karpenko lived most of his life in Riga, Latvia and he performed design work for the Latvian State Publishing House and for the publishing houses of Khudozhestvennaia literatura, Detskaia literature and Malysh Belarus.   During World War II, Karpenko was called to military service. After being wounded in battle, he returned to his art and designed political posters in Tajikistan. In 1945, he was sent to Riga to organize poster production for the LTA Windows (Latvian Telegraph Agency) Studio office. He eventually became the agency's artistic director.

Karpenko was a long-time member of the Union of Artists of the Latvian SSR. In 1967 and in 1968, he earned the USSR State Prize (second degree) for his illustrations in the books K novomu beregu (Toward a New Shore) and Syn rybaka (Son of a Fisherman)-- both written by Latvian author Vilis Lācis. Karpenko continued to create award-winning illustrations into the 1980s. Mikhail Mikhailovich Karpenko exhibited in China (1958) and held solo exhibitions of his work in Riga in 1966, 1969, 1975, and in 1986. 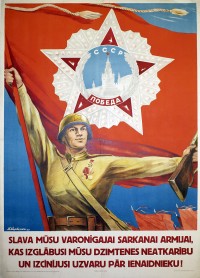 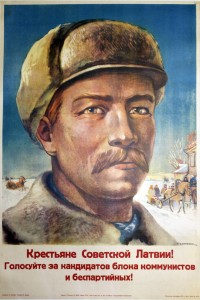 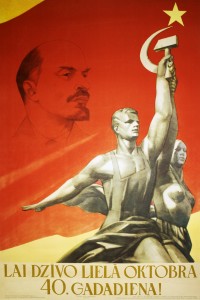 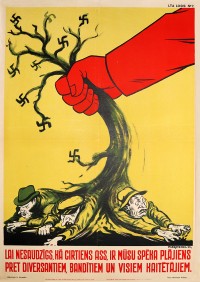