Petr Yul’evich Kiselis was born in what is now is the Republic of Lithuania. In 1906, he attended courses at the Central School of Technical Drawing, a school managed by artist Barron Aleksander Stieglitz. Kiselis continued his studies between 1907 and 1908 at the Drawing School Society for the Encouragement of the Arts. From 1910 to 1912, he again enrolled (under the surname Kissel) in the Central School of Technical Drawing. From 1913 to 1916 (under the surname Kisselisov) he attended the Saint Petersburg Imperial Academy of Arts.

From 1908 to 1910, Petr Kiselis participated in the Russian revolutionary movement and went on to participate in the October Revolution of 1917, and he fought in the Russian Civil War. During the war he created posters supporting the Red Army. In 1921, Kiselis was on the staff of Narkompros (People's Department of Enlightenment) where he served as chief inspector of artistic organizations. In 1922, he co-founded the AKhRR (Association of Artists of Revolutionary Russia) and he taught at its Central Studios. From 1927 to 1928, Kiselis taught at Leningrad's VKhUTEIN (Higher State Artistic and Technical Institute).

During the 1930s, his life took a bad turn. He was removed from the membership of AKhRR (reportedly for political reasons) and, in 1937, he was arrested during the Stalinist purges. While being held in a Vladivostok corrective labor camp, he died in 1940. 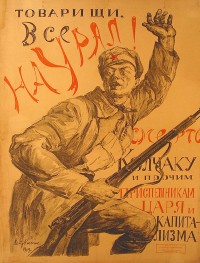