Ignatii Ignat'evich Nivinskii graduated from the Stroganov Institute of Art in 1899. His focus of studies was architecture and monumental decorative arts. With these skills, he became a pioneer of the etching technique in Soviet art. From 1906 to 1912, Nivinskii created a mural for the Museum of Fine Arts.  In 1908, he began training under Stanislav Zhukovsky, a Polish-Russian painter specializing in printmaking. Nivinskii exhibited with Assotsiatsia moskovskikh khudozhnikov [The Association of the Muscovite Artists] in 1913, 1916, and 1917, as well as with Mir Iskusstva [The World of Art]. After the October Revolution of 1917, he exhibited as part of the First Exhibition of the Professional Union of Artists (RABIS) in the Russian Soviet Republic.

In 1919, Nivinskii supervised the decoration and design of propaganda trains for The All-Russian Central Executive Committee. During this time, he became interested in posters and exhibited his designs at a number of exhibitions, including the 4th Gosudarstvennaia vystavka kartin [Fourth State Exhibition of Paintings] (1919). In 1922, as an artistic director and stage decorator, he contributed to the sets of the production of Princess Turandot by Gozzi, staged in the Soviet Union by actor and stage director Yevgeny Vakhtangov.

From 1921 to 1930, Nivinskii taught at VKhUTEMAS [Higher Art and Technical Studios] where Alexandr Deineka, a prominent Soviet graphic designer, was his student. In 1917-1918, Nivinskii joined the Moscow Etchers' Trade Union (Sograv) and the Moscow Painters' Trade Union (Sozhiv). In addition, he was one of the founding members of the Artist's Union of the USSR. In the late 1920s, he became a member of Four Arts Artists' Union in Moscow. He contributed works to the International Exhibition at Paris (1925); his works were included in the Soviet exhibition, The Tenth Anniversary of the October Revolution (1927), and at the 1932 Soviet exhibition Artists of the Russian Soviet Federated Socialist Republic over 15 Years held at the Russian Museum in Leningrad. In 1929, Ignatii Nivinskii was honored with a personal retrospective of his work in Paris and in 1932, his work was represented at the 18th Venice Biennale. 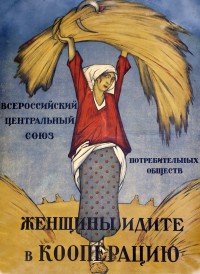 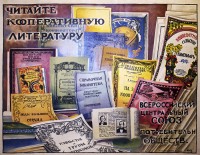