OKhR (Association of Realist Artists) was founded in 1927 by a group of disgruntled artists that resigned from the Association of Artists of the Revolution (AKhR). The formation of the breakaway group was spearheaded by artists Nikolai Kasatkin, Sergei Maliutin, and others. OKhR maintained clubs in Moscow (at 23 Bolshoi Amitrovka Street) and in Leningrad (at 26 25th October Avenue). Its members tried to expand the Association throughout the Soviet Union but their efforts never materialized due to the government's consolidation of independent guilds and unions in 1930. 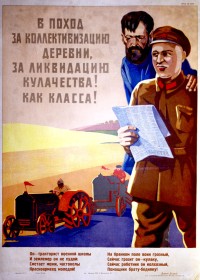