Galina Konstantinova Shubina graduated from VKHUTEIN [Higher Art and Technical Institute] in Leningrad in 1928. Her main area of specialization was in graphic design and it included the development of posters. In 1929, she began to exhibit her work. Starting in 1940 and continuing into the 1950s, Shubina produced posters for Izogiz, the Soviet-based publisher. The body of work she created for the publisher launched her career and it made her one of the best-known female graphic artists in the Soviet Union.

Her poster designs typically incorporated smiling citizens of varied generations and cherubic, energetic children. These Illustrations, while part of the Socialist Realist dogma relegated upon artistic culture in the Soviet Union before the Second World War, became a hallmark of her style. In 1948, she was awarded a 1st Diploma prize at the International Poster Exhibition in Vienna. In the 1970s, Shubina focused on easel painting and moved away from poster design. 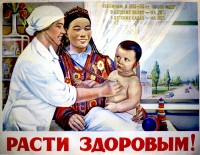 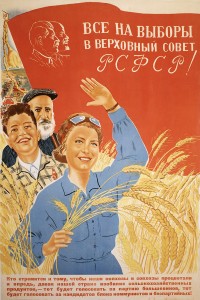 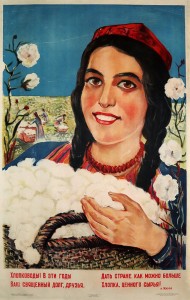 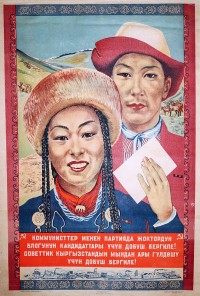