Konstantin Vasilevich Zotov was a Soviet-based graphic artist, poster artist, animation artist and the designer and illustrator of children's books and magazines. From 1919-1925, Zotov trained at the First Exemplary Printing House in Moscow under the tutelage of artists S.V. Gerasimov and I.N. Pavlov. Starting in 1942, Zotov began to exhibit professionally. One of his posters from 1934, Liuboi krestianin-kolkhoznik ili edinolichnik imeet teper’ vozmozhnost’ zhit’ po-chelovecheski [Every collective farm peasant or individual farmer now has the opportunity to live like a human being], established the image of the Stalinist-era collective farm family and it helped emphasize the model of a farm woman in the Soviet Union. Aesthetically, the artist tended to concentrate on the themes of youth and agriculture in his poster designs. Zotov also designed posters for the People's Commissariat of Health.

Zotov contributed illustrations to the newspaper Molodoi Leninets [Young Leninist] (1925), and to the youth-based journals Ogon’ki [Twinkles], Zor’ka [Dawn] (1927-1934), and Veseliye kartinky [Funny Pictures] (1961-1964), to name a few. He was chief art editor of the magazines Ogonek [Spark], Junikor [Junior], and Murzilka, and illustrated books for the publishing houses Rabochaia Gazeta [Workers' Newspaper], Molodaia Gvardia [Young Guard], and Malysh [Child]. During the Second World War, Zotov was evacuated to the city of Perm. In 1942, Zotov and other artists contributed to poster designs made by the TASS (Telegraph Agency of the Soviet Union) Windows Studio.

For the 800th anniversary of Moscow; Zotov served as the art director for the animation short film, Tebe, Moskva! [For You, Moscow!] (1947). For this work, he was awarded the "Commemoration of the 800th Anniversary of Moscow" by Josef Stalin. In addition, Zotov worked at the Moscow animation studio Soyuzmu'ltfil'm from 1944 to 1951. Konstantin Vasilevich Zotov was a member of the Union of Artists of the USSR and a member of the Union of Journalists of the USSR. 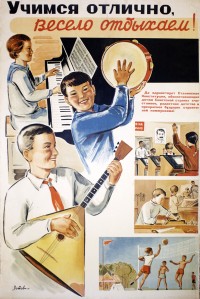 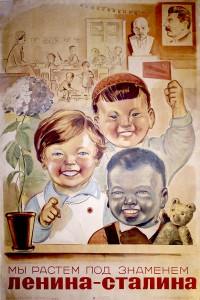