The 1st State Cartographic Institution was located on the Priazhka Embankment in Petrograd (St. Petersburg). Prior to being nationalized by the Soviets in 1918; the printing house belonged to Aleksei Alekseevish Il'in (1858-1942) who was a cartographer, business leader, and a member of the St. Petersburg State Council of Elections. Founded in 1859, Il'in's company was the first private cartographic business in St. Petersburg to produce and publish military maps, railway maps, and atlases prior to the Russian Revolution. The company profited from the Tsarist government’s need for geographic orientation of the lands encompassing its vast empire. Aleksei Il'in died during the infamous Leningrad Blockade of World War II. 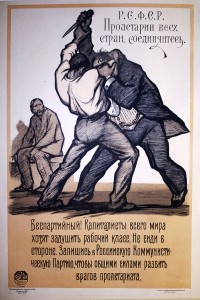