The 9th Typolithopgraphy Department of Gubpoligrafotdel (Provincial Department of Printing) was located in Saratov, a province and a city in southeastern Russia. Initially, the printer was under the auspices of the Saratov GSNKh (Provincial Soviet of the National Economy), and between 1921-1922, it was placed under the Gubpoligrafprom state printing trust. Gubpoligrafprom was later reorganized into the Provincial Association of Enterprises. According to historian Alexander Alexandrovich Galagan in his work “Formation of the Komsomol press in the Lower Volga region in 1917–1925”, from Gubpoligraf’s creation it oversaw 17 printing houses operating in 9 counties. 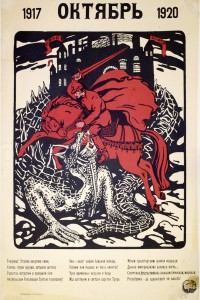