The Detgiz publishing and printing plant in Moscow was located at 49 Sushchevskii Rampart. While it focused on children's books, occasionally it printed political posters. Detgiz was founded in 1933 following a merger with Young Guard (Molodaia Gvardia) publishing. With the aid of famed Russian author Maxim Gorky; Detgiz attracted significant literary talent resulting in Soviet writers, artists and educators being dully employed by the firm. There were many departments within Detgiz such as fiction, classical literature and preschool reading. The firm was also affiliated with the Moscow-based "House of Children's Books", a store where writers performed live readings of their books for children. 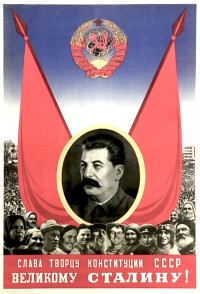