GIZ/Gosizdat (Gosudarstvennoe izdatelstvo RSFSR) was the State Publishing House of the Russian Soviet Federative Socialist Republic. It was formed in Moscow in May 1919 via the merger of the publishing houses of the All-Russian Central Executive Committee, the Moscow Soviet, the Petrograd (St. Petersburg) Soviet, the Moscow Communist, the People's Commissariat of the RSFSR, and a host of others. Gosizdat became the first major state-controlled publisher formed for the purpose of joining the nation's printing and publishing entities under a single institution. By 1921, 50 local printers and publishers were organized under its banner. 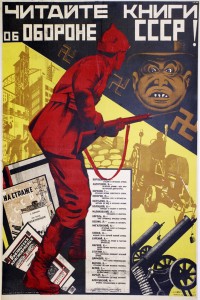