Lenizdat was chiefly a publishing entity but it operated a printing section in its later history. The publisher's origins were conceived in 1917 as the publishing arm of the Petrograd Soviet. In 1924, the publisher was accorded the name Lengiz (Leningrad State Publishing House) when the city of Petrograd was named Leningrad, in honor of the Soviet leader Vladimir Lenin. After 1925, Lengiz served as a quasi-independent publisher subordinate to Gosizdat (State Publishing House). During the mid-1920s, its offices were re-located to the Avenue of the 25th of October (Nevsky Prospect).

In 1930, the Lengiz name was changed to Lenoblizdat (Leningrad Regional Publishing) and it became the Leningrad base for Ogiz (Association of State Book and Magazine Publishers), the state publishing monopoly. In 1938 Lenoblizdat was reconstituted as Lenizdat-- the publishing arm of the Leningrad Regional Committee of the Communist Party. It had the distinction of printing the Leningrad edition of Pravda (Truth), the newspaper of the Communist Party, and it printed the periodicals Evening Leningrad and Film Week. During World War II, its printing section was changed to "Lenizdat No. 1 for Vladimir Volodarskii" in honor of the Soviet politician assassinated in Petrograd in 1918. From 1963 until 1992, the publisher/printer was located at 59 Fontanka River Embankment, St. Petersburg. 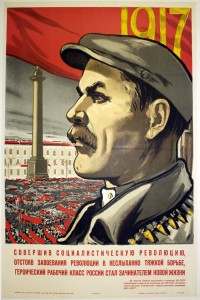