The 16th State Publishing Typography Workshop was located in Moscow at 9 Trekhprudnyi Lane. Prior to being nationalized, the workshop was the A.A. Levinson Partnership. Levenson's firm dates to 1881 when Aleksandr Aleksandrovich Levenson (1855-1922) acquired a speed press and began his printing operation. The firm expanded to 450 workers by 1913, and at one point, it operated six of Moscow's eighteen high-speed presses. During World War I, Levinson's business was subjugated under the Zemgorom (Chief Army Supply Committee of the All-Russian Union of Cities and Towns) and its facilities were turned over for war use. When the Levinson’s firm was nationalized during the Russian Revolution, it was initially named the 2nd State Typography [Lithography] Workshop. Around 1920, the printer became the 16th State Printing Workshop and it served as a contract printer for the MSNKh (Moscow Council of National Economy). Thereafter, the printer was placed under Mospechat’ (a large Moscow-based printing trust), and at a later date it was placed under the Mospoligraf (Moscow Poligraphic) Trust. 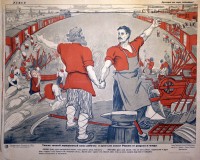 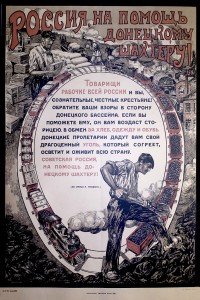