MSNKh (Moscow Council of National Economy) 1st Exemplary Printing was at 71 Piatnitskaia Street in Moscow. Prior to its nationalization, the printer was the Sharapov-Sytin Partnerhip. Ivan Dmitrievich Sytin (1851-1934), the son of a peasant, opened a small lithographic shop in Moscow with a single press and developed it into the largest private printing company in Tsarist Russia by the start of the 20th century. Around 1918, the Bolsheviks nationalized Sytin’s shop during the time they commandeered Moscow's Royal Print Yard. The Yard was transformed into Gosizdat, the State Publishing House. As a contract printer for Gosizdat, Sytin’s printing operation became the “1st Typolithography Workshop” and in 1921, it was bestowed the title “1st Exemplary Printer”. After World War II, the 1st Exemplary was named for A. A. Zhdanov (a deceased Soviet leader) and it was placed in the Glavpoligrafizdat (Main Administration for Matters of Polygraphic Industry Publishing and Book Selling) trust. The trust was formed in 1949 to oversee printing, publishing and the retail book trade in the USSR. 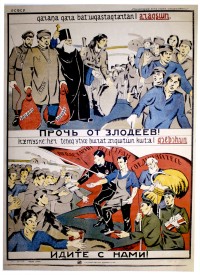 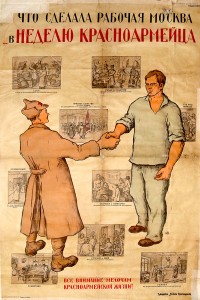