OSVOD began as a voluntary water lifesaving organization in the 1870s in Imperial Russia. The Imperial-based entity was formed to prevent accidents, teach swimming and rescue techniques, assist in rescues, develop rescue equipment, overcome problems of water rescue, and to regulate amateur boating. In 1918, the lifesaving organization was placed under the Soviet government's Department of Water Transport. In 1925 the Council of People’s Commissars established OSNAV (Central Committee of the Society for Water Rescue) within the People’s Commissariat of Railroad Transportation and in 1931, OSNAV was renamed OSVOD. The organization was abolished in 1943 and all aspects of state water rescue were transferred to the commissariats of the maritime and river fleets. In 1948, the state rescue authority was placed under DOSFLOT (All-Union Voluntary Society for Cooperation with the Navy) and in 1956, DOSFLOT was transferred to DOSAAF (All-Union Voluntary Society for Cooperation with the Army, Air Force, and Navy). In 1966, DOSAAF's operations and functions were assigned to a number of ministries within the Soviet republics. 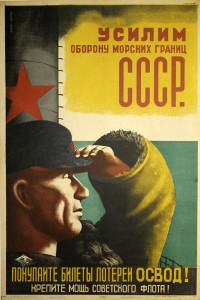