The Hungarian printing house of Piatnik, Ltd. (Piatnik Kft.) has a history extending to the 1840s in Vienna. The original firm was purchased by Ferdinand Piatnik (1819-1885), a businessman in the Austro-Hungarian Empire who owned the playing card manufacturing firm of Ferdinand Piatnik & Son. In the mid-1890s the firm opened a Budapest plant inside the former First Hungarian Card Factory. Around 1904, Piatnik & Son began lithographic and book printing operations in the city at 17 Rottenbiller Street. The company also printed a variety of ephemera including food labels and posters. From 1946 to 1950, the company’s interests in Budapest, Prague, Krakow and Ratschach (Slovenia) were nationalized. The Budapest plant re-opened after World War II as the Playing Card Factory and Printing House but was later re-structured as Piatnik, Ltd. While its headquarters remained on Rottenbiller Street in Budapest, minor printing plants were added to it such as Fia Printing and the Seidner Poster and Label Printing House. According to the journal Magyar grafika (Hungarian graphic), Piatnik, Ltd closed in 1990. Research indicates the company name was re-incorporated in 1993 and it is connected to a manufacturing firm in Budapest. 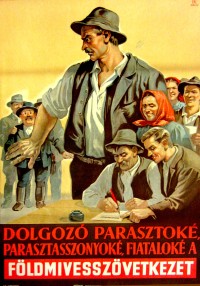