Altgubpolitprosvet (Altaiskaiia guberniia politicheskoe prosveshchenie) was the Altai provincial section of Glavpolitprosvet (Main Committee for Political Education) that directed propaganda dissemination and political education. The publisher was located in the city of Barnaul. Historically, the provinces of Altai and Tomsk were territorial administrations under the Provisional Government of Russia in the era before the revolution. The provinces existed from 1917 until 1925 when the area of their location became part of Siberia. The administrative center of Altai province was city of Barnaul. 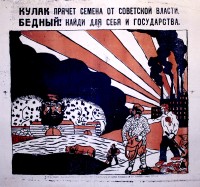