Glavpolitput (Main Department of the Commissariat of Transport)

Glavpolitput’ was established in February 1919 as an interim political body under the leadership of the Central Committee of the Communist Party of the Soviet Union. In January 1920, it was reorganized and became part of the Main Political Administration of the People's Commissariat of Railways (NKPS). During the Russian Civil War, Glavpolitput’ was responsible for managing thousands of agitpunkt (agitation point) kiosks in railroad stations. 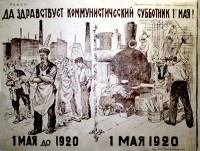 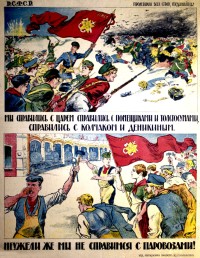