Mossovet (Moscow Soviet of People's Deputies) was the USSR's version of a city council and it existed from 1918 until 1991. Today, the Mossovet building at 13 Tverskaia Street across from Tverskaia Square, serves as the office of Moscow's civil administration. Designed in 1782, the red-colored palazzo was the residence of Moscow's governor-general. In the 1940s, the Mossovet building was elevated three stories. 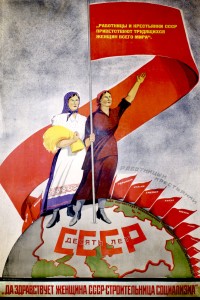