The Military Region of Ukraine was formed during the Ukrainian-Soviet War that was fought from 1917 until 1921. The war was a conflict for the control of Ukraine and it was fought between Ukrainian nationalists and Polish-Ukrainian forces against pro-Bolshevik Ukrainians and Soviet-backed Russians. The Second Winter Campaign of 1921 (of the Russian Civil War) is generally recognized as the end of the Ukrainian-Soviet conflict. Historically, military regions came about during the Imperial Tsarist period to administer military units, military schools, and military outposts assigned to specific regions. Territorial division provided efficient management of army units and their training, and for other operations related to combat readiness. In the Soviet Union, military administration was organized by district, (okrug in Russian). Each district had political directorates that were staffed by a single leader (typically a commanding general) subordinate to the district's political director. Political directorates were further subdivided into sections. Each section handled political work for the Bolshevik Party and, some key military sections were: Agitation/Propaganda; Party Organization; the Komsomol (a youth organization); Culture; Personnel; Education (i.e., military schools, political), and so on. 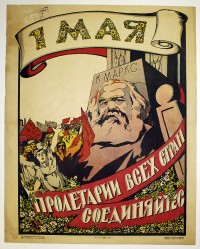 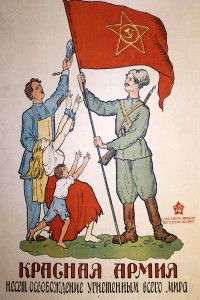