The State Publishing House had its origins in Imperial Russia as the Royal Print Yard in St. Petersburg. As the Red Army controlled more provinces and cities in former Imperial Russia, the State Publishing House developed offices outside St. Petersburg. Tver is a city northwest of Moscow at the confluence of the Volga and Tvertsa rivers. From 1931 to 1990, the city was called Kalinin in honor of the Bolshevik leader Mikhail Ivanovich Kalinin, as he was born in Tver Oblast (district). Subsequently, Kalinin's wife was arrested as "an enemy of the people" in the 1930s even though he continued to serve as chairman of the Supreme Soviet, the USSR's governing body. 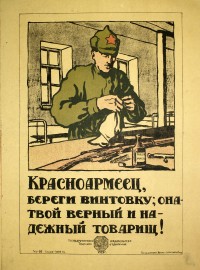 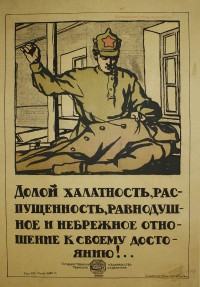