In May 1919, the All-Russian Central Executive Committee created the State Publishing House of the RSFSR (Russian Soviet Federative Socialist Republic), Moscow. Thereafter, a system of state-controlled publishing houses were opened across Soviet territories. In Ukraine, the State Publishing House was formed after the Ukrainian Soviet Socialist Republic was absorbed into Soviet Russia via a merging of their respective commissariats. Initially, two mergers brought Ukraine under the sphere of Soviet influence; one merger occurred in June 1919 and a second occurred in December 1920. Ukraine was officially brought into the Soviet Union as a constitute republic in 1922. 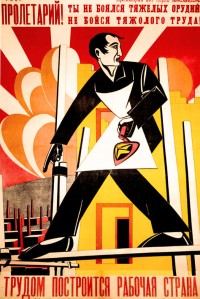