Born in Ukraine when it was part of the Russian Empire, Mark Aleksandrovich Abramov studied at the Moscow Civil Engineering Institute (MISI) from 1931 to 1936. Along with his brother, he published cartoons under the pseudonym Moa and they appeared in periodicals such as Ateist [Atheist], Rabochaia Moskva [Working Moscow] and Bezbozhnik [The Godless].

In 1932, his drawings appeared under his name in magazines and newspapers including, Krokodil  [Crocodile], Znamia [Banner] and Sovetskaia Zhenshchina [Soviet Woman]. During World War II, Abramov worked intermittently for the TASS [State Telegraph Agency] studio creating around fifteen posters over the course of three and a half years. He also produced a number of political caricatures and graphic albums on agricultural topics. In 1964 he was bestowed the title Honored Worker of Arts of the Russian Soviet Federative Socialist Republic. 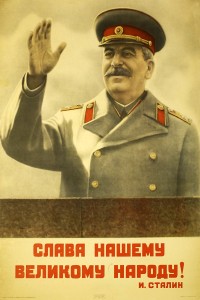 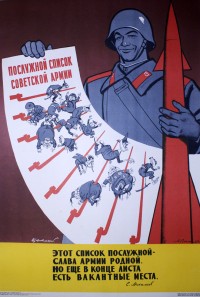 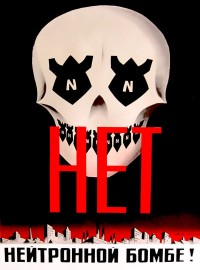