Mikhail Mikhailovich Cheremnykh is considered a master of Soviet satirical graphics. Born in Siberia, he relocated to Moscow in 1911 to study painting where he subsequently enrolled in MUZhViZ (Moscow School of Painting, Sculpture and Architecture). By 1919 he established the ROSTA studio (Russian Telegraph Agency) in Moscow and served as its artistic director until 1922, when he co-founded the satirical magazine Krokodil[Crocodile]. From 1939 to 1941 he worked as a book illustrator and as a set designer for the Leningrad Academic Maly Opera Theater and in Minsk at the Belorussian Soviet Socialist Republic State Theater of Opera and Ballet. When the Second World War erupted in 1941, he organized the Moscow TASS studio (Telegraph Agency of the Soviet Union) designing its first poster and contributing to forty more works throughout its history.

Cheremnykh exhibited his work at the 1st Exhibition of Graphics for the 10th Anniversary of the October Revolution (1927-28); ROSTA Windows (1929), Socialist Construction in Soviet Art (1930-31), The Poster in Service of The Five-Year Plan (1932), and at other venues in Soviet Union. In 1942 he was awarded the Stalin Prize and in 1952, he was bestowed the title of People’s Artist of the Russian Soviet Federative Socialist Republic. 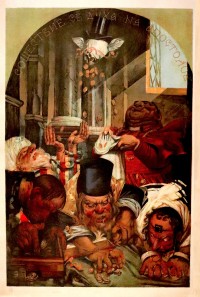 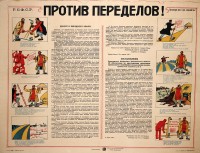 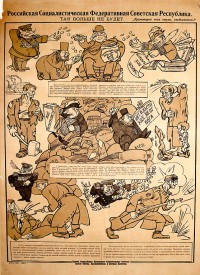