Iurii Ivanovich Pimenov worked in the fields of painting, set design and graphic design throughout his career. He studied at VKHUTEMAS (Higher Art and Technical Workshops) in Moscow from 1920 to 1925. Pimenov was a founding member of OST (Obshchestvo khudozhnikov-stankovistov), the Society of Easel Artists that was formed in 1924. The Society had three inner groups: Projectionism, Concretivism, and the Group of Three (that contained Pimenov). When OST was terminated, he became a member of IzoBrigada (Art Brigade). Formed in 1931 to advance "political realism" in art, IzoBrigada was disbanded in 1932.

During the early phase of World War II, Pimenov worked with the TASS Studio (Telegraph Agency of the Soviet Union), but in 1943, he was called into military service. Between 1945-1972, he taught painting in the art faculty of VGIK (All-Union Cinematography Institute). For his artistic achievements, Pimenov was awarded the Stalin Prize in 1947 and in 1950. He won the Lenin Prize in 1967. He was a member of the Union of Artists of the USSR and a member of the Academy of Arts of the USSR. In 1970, Pimenov was bestowed the title People’s Artist of the USSR. 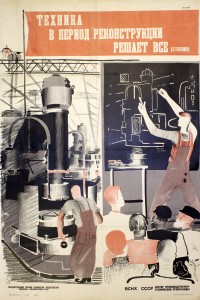