Gustav Klutsis is considered the foremost artist of Soviet photomontage. Born near the small town of Ruiena, Latvia when that nation was part of the Russian Empire, Klutsis attended the State Art School in Riga from 1913 to 1915 and moved to Petrograd (St. Petersburg) during the period immediately prior to the October Revolution. Klutsis took part in a volunteer rifle regiment that helped overturn the Tsarist regime during the revolution. After the revolution, he continued his studies in Petrograd at the School of Drawing for the Society for the Encouragement of the Arts.

In 1918, Klutsis was sent to Moscow to serve as a guard in the Kremlin. That same year, he participated in the exhibition of art by members of the workshop of the Ninth Guard's Regiment. While in Moscow, he enrolled in Ilya Mashkov's studio for further artistic study. From 1919 to 1920, Klutsis attended SVOMAS [Free State Art Studios]. He became a member of the Communist Party in 1920 and in that same year, entered VKhUTEMAS [Higher Art and Technical Studios], the birthplace of Soviet Constructivism. At VKhUTEMAS he experimented with photomontage and Constructivist design-- two artistic elements that would influence his own work.

In 1921, Klutsis married his artistic colleague Valentina Kulagina. She was an important poster artist and designer in her own right. As a Party member, Klutsis traveled to Denmark on behalf of the Communist International (Comintern) and in 1922, he took part in the First Russian Art Exhibition in Berlin.

By the mid-1920s, Klutsis was a well-known artist in the Soviet Union. This notoriety likely helped him acquire a teaching position in the Woodwork and Metalwork Department of VKhUTEMAS from 1924 to 1930. In 1925, Klutsis organized the artwork for the Soviet Pavilion for the International Exhibition of Modern Decorative and Industrial Arts in Paris. Between 1923-1925, he actively contributed designs to leading Soviet art magazines such as LEF, October, and Izofront. From 1928 to 1932, he was a member of the October Group artists’ collective and, from 1929 to 1932, was a presiding member of the Artists of Revolutionary Posters. By the early 1930s, Klutsis was the most noted artist among those working in the field of photomontage posters. His quality and output could only be rivaled by El Lissitzky and Alexandr Rodchenko, two contemporary artists working during the same period in the Soviet Union.

Klutsis was accused of being a member of a Latvian fascist organization and was subsequently arrested in 1938 during the Stalinist purges. His family learned of his death in 1956 when information was released to them by the authorities. Klutsis reportedly died in 1944 while serving time in a Soviet labor camp. Alternatively, published sources place the year of his death as 1938. 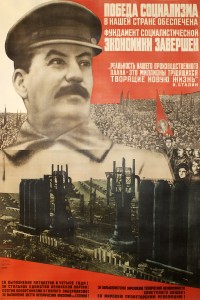 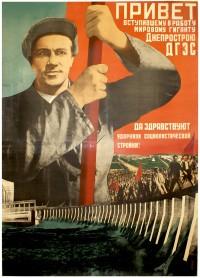 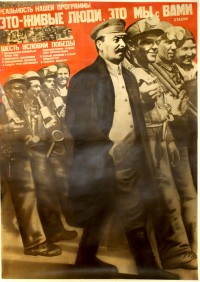 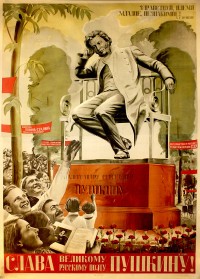 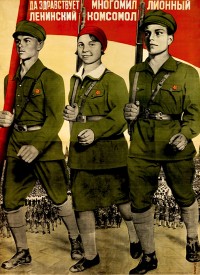