Lidia Ivanovna Zharova Naumova was chiefly known for her work as lead costume designer on Sergei Eisenstein’s film epic “Ivan the Terrible” (1944). Naumova was born in Moscow and she was the sister of Mikhail Ivanovich Zharov (1899-1981), a People's Artist of the USSR. In 1924 Naumova graduated from VKHUTEMAS (Higher Art and Technical Workshops) and received her diploma in production design. In 1925, she and her husband (Alexander Naumov) had a son but in 1928, her husband drowned while swimming. She carried on as a single mother while maintaining her career. Shortly after her husband's death, her son also died. To evade depression, Naumova plunged into her work as an escape. She took on numerous design jobs for a number of expositions and in 1938, her easel works were exhibited for the first time at the Exhibition of Women Artists of the USSR.

Naumova’s collaboration with noted film director Sergei Eisenstein propelled her to high status among her peers. Eisenstein's film, "Ivan the Terrible", began shooting before the war. While its costumes were originally developed by Vsevolod Voinov, professor at the Leningrad Academy of Arts, Naumova was only tasked to work on their final details. Voinov's death in 1943 meant the full-load of responsibility for costumes fell on Naumova. The first part of the film was released in 1944.

Naumova designed theatrical sets and worked under a host of other directors. She was a designer for the 1954 film-opera “Boris Godunov” directed by Vera Stroyeva and she worked on the films “The Cranes are Flying" (1957), “Idiot" (1958), “Girls” (1961) and “Businessmen" (1961). For her artistic achievement, Naumova was inducted into the Union of Artists of the USSR and was made an Honored Artist of the RSFSR in 1969. 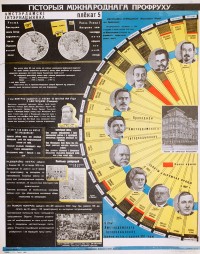