The 2nd State Lithography Workshop was located at 8 Griaznaia Street in Petrograd (St. Petersburg). Prior to its nationalization in 1920, the workshop was the St. Petersburg headquarters of Wilhelm Wefers & Company, a German printing firm. In 1930, the printer was managed by the Lenpoligraf (Leningrad Printing) Trust, and in 1931 it was transferred to the Publishing House of the Executive Committee of the Lenoblsoviet (Leningrad regional council) and Lensoviet (Leningrad city council). During the 1950s, Griaznaia Street was named for Pavel Nikolaievich Iablochkov (1847-1894), the Russian electrical engineer. 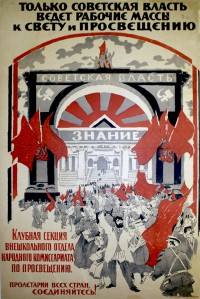 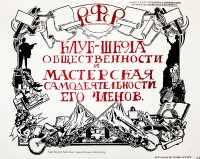