The Krasnii Oktiabr' Confectionery Plant in Moscow was originally the Einem candy factory owned by Theodor Von Einem and later by Julius Heuss. Nationalized by the Soviets, the plant initially became the 1st State Confectionery Factory, and then Red October Confectionery in 1922. The confectionary operated its own printing department and during the 1920s; Alexander Rodchenko and Vladimir Maiakovskii (Soviet artists of the era) designed packaging for the confectionery. However, it was during the 1960s the confectionery issued its most famous wrapper design for the Alyonka chocolate bar showing the endearing image of baby girl wearing a headscarf. 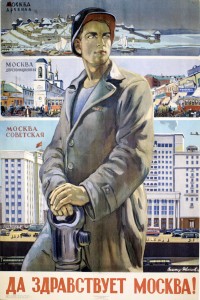