Priboi Typolithography and Publishing was located Leningrad (St. Petersburg) on Krasnii Komandirov (Red Commander) Avenue, formerly Izmailovskii Avenue. The publisher issued titles on science, socio-political issues, economics, and fiction. Priboi was formed in the wake of the February Revolution of 1917 as a revived publication. In 1918, with other Bolshevik publishers such as Volna (Wave) and Zhizn' i znanie (Life and knowledge), Priboi was merged into the "Kommunist" publishing house. During the 1920s, the State Typography Workshop named for Evgenii Sokolov became a contract printer for Priboi and subsequently, the two entities shared the same address in the city. In 1927, Priboi merged with Lengosizdat (A.K.A. Lengiz) Publishing and in 1930, Lengiz merged into Ogiz (Association of State Book and Magazine Publishers). Of note, there existed an earlier Priboi (formed in 1912 and closed during World War I) in St. Petersburg that published literature on social insurance for workers. After becoming a publishing house of the Central Committee of the Russian Social Democratic Labor Party, it turned out propaganda on the labor movement. Works by Vladimir Lenin were published by Priboi and Lenin himself reportedly considered the publisher "the official Bolshevik press". 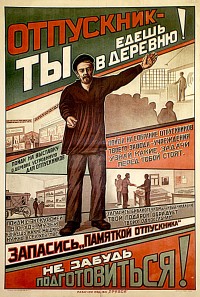